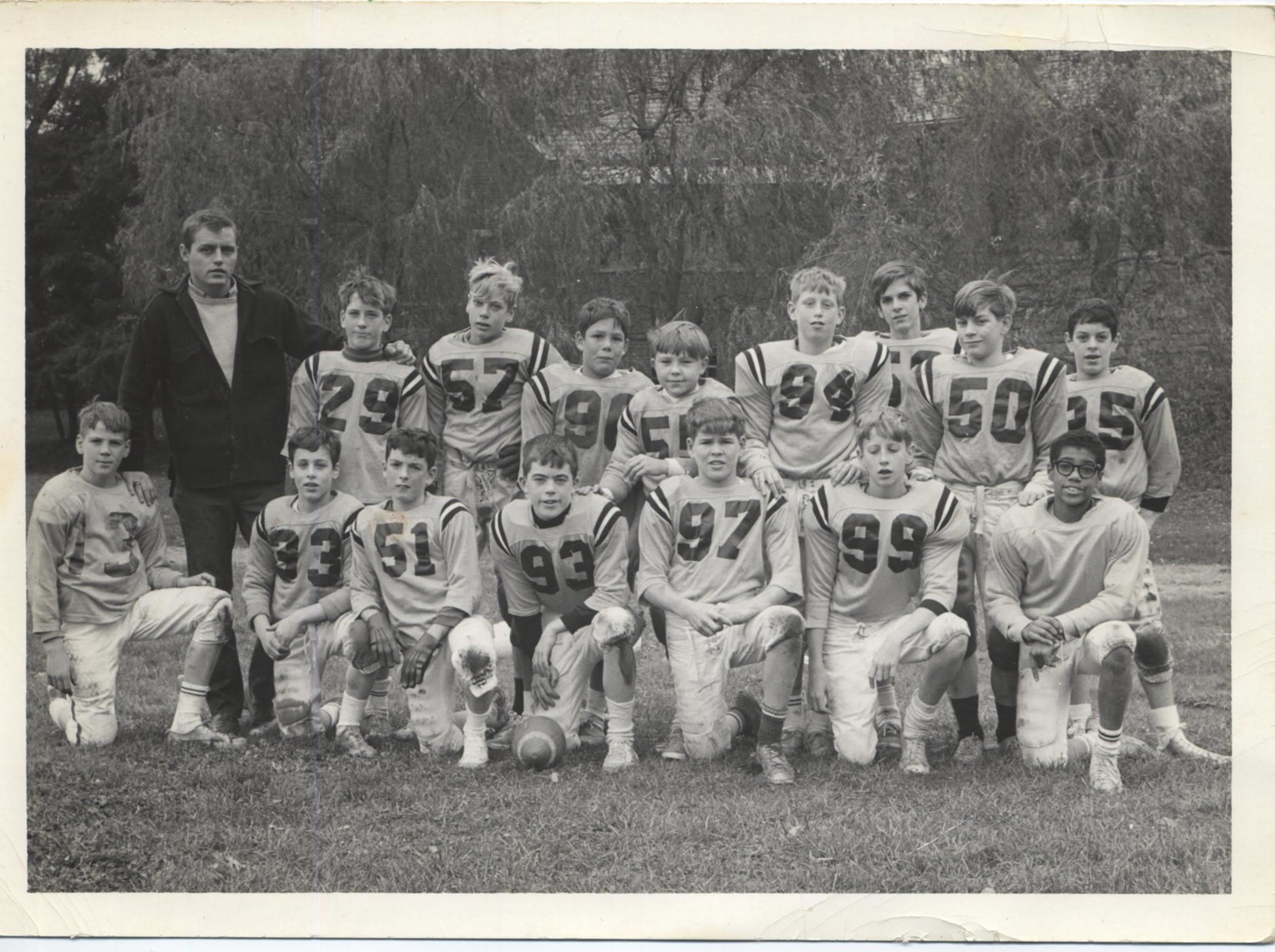 The NCRC Big Six was the littler league of little league (Middle School level) football in town for all the kid 95 lbs. and smaller. I still remember my weight back then (6th grade). I was 93 lbs. and three years later in 8th grade I was 170. 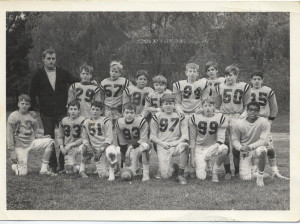 You can click to expand the photo but in the photo front row from left to right Eric Schultz who would have been in the Class of 74 but must have moved away at some point, Bill Lang, Cris Craig, me Jerrald Hayes, Chris Hart, John Schlick, Ken Creary, and back row again left to right coach Bruce Wallin, then Peter Chapman (?), Jeff Wiltjer, Gerald O’Brien,  John Lappe, Kevin Steinbeck, Brian Irwin, Scott Kieper, and Ron Teteleman.

Additionally in this newspaper clipping you’ll find Class of ’74’s Jim Gordon 2nd form the right in the front row of the Ivy League (95 lbs and up) Champions Cornell.